This is the culmination of a year-long search process, and an intense candidating week, as Diana met the congregation, attended committee meetings, and enjoyed several potluck dinners. She delivered the sermons at the church on June 5 and June 12. Her 13-year-old son Aidan and mother Kathy joined her during this visit.

Diana has been a nearly lifelong Unitarian Universalist. She has been an active member of congregations in Nebraska, Georgia, Washington, and Colorado. Her congregational involvement has included leading worship, singing in choirs, serving on a Board, chairing a Public Relations Committee, and more.

Prior to answering the call to ministry, she worked in writing, education, and administration. She holds a Bachelor of Arts in English from the University of Nebraska-Lincoln, and a Master of Fine Arts in Creative Writing from Naropa University in Boulder, Colorado. 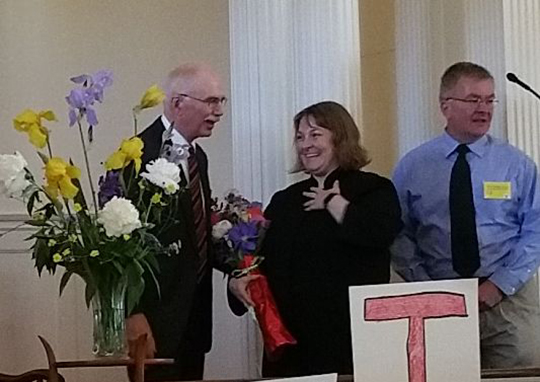 Diana says, “The Peterborough Unitarian Universalist Church quickly rose to the top of my list as I considered where to serve for many reasons, including the congregation’s commitment to social justice, their passion for the arts, their involvement in the wider community, and the joy and humor that came across in their materials and at every stage of my interaction with them. Once I arrived in Peterborough last month for my first visit, I also fell in love with the town, and Aidan and I are delighted to be making our home here beginning late next month!” 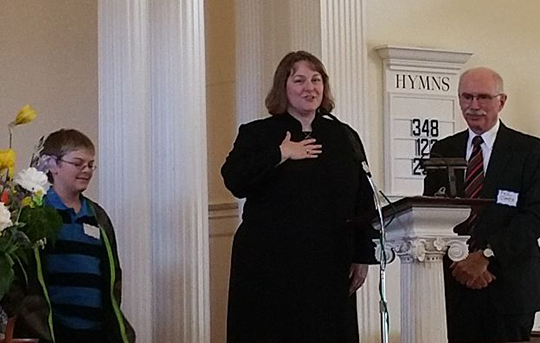 “We are delighted to welcome Diana and Aidan to our church family,” stated Phil Jones, President.   “Following the retirement of our well-loved minister Rev. Dr. David Robins in December 2014, we entered an important transition period. For the past eighteen months we have benefited from the wisdom and tutelage of two interim clergy: The Reverend Shayna Appel, Parish Minister, and the Reverend Olivia Holmes, Transitions Consultant.  We now are prepared to develop our programs and move forward with confidence. Diana McLean is ideally suited to lead us onward as we fulfill our mission: to nurture this community, witness for just causes, and both serve and inspire through social action and the arts. We can’t wait to get started.”

Diana and Aidan will be moving to Peterborough from Louisville, Colorado in late July. Diana’s ministry at PUUC will begin August 1st.